It's always tricky undergoing procedures when you're feeling perfectly well and you know that they'll make you feel rather crap. Yesterday was bronch number...actually, I'm not quite sure what number, but it was another one anyway.

Dr C was hoping that it would be a case of going in, taking a look at the naughty airway which keeps closing up and seeing that it's decided to behave and stay open, however unfortunately this was not the case, and when they got in there they saw that it was as inflammed and restricted as it has been every other time.

This means that I'm booked in for yet another bronch, stenting and cryo....freezing...thing next month as well. A tad frustrating, however Dr C is still confident that this is all down to my reflux, so bring on the fundo op is all I can say! In the meantime, he's stuck me on a steroid nebuliser. I didn't even know they existed, so you learn something every day.

Bit frustrated as I woke up feeling awful today - lots of pain and very wheezy and breathless. This meant a morning of sleeping and no work. Hmm. I don't like missing work, in fact I'm pretty much only ever off work if I'm actually in hospital. As you may have noticed over the years, I'm not a patient patient.

As I said at the beginning, it's tricky psychologically going into a procedure feeling fine, and coming out feeling rubbish, but I know that it's vital they keep stenting this airway open as I do not want my right lower lobe to suffer permanent damage. The team know what they're doing and the important thing I need to remember is it's all preventative; it's all about keeping me fit and well, rather than anything more sinister.

I have my appointment with the stomachtwistyman (as he shall henceforth be known) on Friday so hopefully will find out more about when the fundo op is then. Do you think asking for it to be sooner rather than later because my birthday is in March and I want to be able to eat Birthday cake counts as a medically relevant reason for urgency....?
Posted by Tinypoppet at 5:30 PM 5 comments:

Four years ago today, my life was saved by someone I never had the priviledge of meeting.

Four years ago, life was very different. My lungs were functioning at just 16%. I was completely dependent on a variety of drugs to keep me alive, and wore oxygen 24 hours a day to support my fragile and exhausted lungs. I had a carer help me get out of bed and dress myself. I could not brush my own hair. I could not speak in full sentences. I was so breathless, I could not walk. I could not laugh.

Four years ago, someone, somewhere suffered a terrible tragedy. A family's world was turned upside-down, and in that moment, they made the decision to donate their loved one's organs.

Four years ago, after 22 months on the waiting list, I received the call that saved my life. Following the transplant, the doctors confirmed that without that call, I would not have lasted more than a couple of months. Because of that call, I have had four wonderful years of experiences, hopes, dreams, challenges, joys, sorrows, laughter, tears, birthdays, christmases, celebrations....of life.

The word thank you is not enough. The gratitude I feel is not enough. I ask you today to please keep that special family in your thoughts, because they are marking a very different kind of anniversary. I hope the knowledge of what they have done for me and the others saved that day brings them a little comfort. I cannot imagine how they are feeling.

I bang on and on about it, but it's because it is literally a matter of life and death. Organ Donarion saves lives, but apathy kills. One family, one decision, that's the only reason I'm here today. There are thousands of people in the position I was in four years ago, desperately hoping and waiting. People like Tor.

Please consider sharing this blog with anyone and everyone, and if you're reading this and have been motivated to sign up, you can do so here.

I remember my donor with each breath. Please, Live Life Then Give Life.


There's nothing quite like a new year to remind you just how bloody lucky you are to still be here. I am sitting looking out of my window at quiet and sleepy stillness outside, relaxing after a busy night of partying, and thinking just how wonderful it is to be commencing a new year full of new hopes and opportunities.


Looking back on 2010, I'm unsure on how to summarise it. Technically it was a mixed bag, with huge sadnesses such as the loss of Jess, and a few turbulent health patches dotted throughout the year, however I can honestly say that my main memory is that it flew past far too quickly due to so much happy stuff being crammed in.


Things such as a wonderful trip to Mauritius, celebrating my 26th birthday 90s stylee, hours and hours of endless joy provided by my goddaughter and my niece, the glee showchoir, concerts, singing, partying, dancing, friends, family...these are the things that made 2010 great.


A few of my fave pictures from the last 12 months to finish. Wishing all my blog readers a happy and healthy 2011. What will the next 12 months bring? There will be highs and lows, tears and laughter, joys and sorrows, because that's what life is made up of. No-one knows for sure exactly what this year will bring, but I'm going to try my hardest to make the most out of every second. 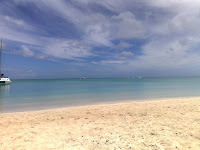 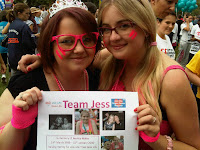 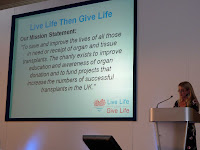 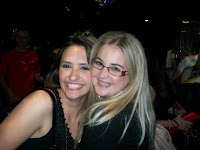 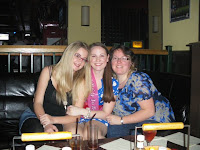